The Co-operation Agreement: the Labour and Plaid Cymru Deal 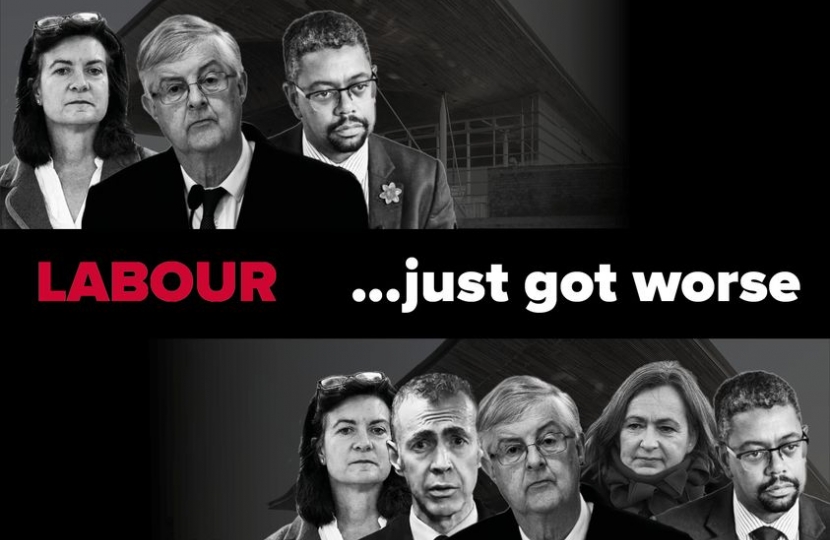 Last September Adam Price proclaimed to anyone who would listen that he would not support a Labour government under any circumstances.  In his own words “I’ve nailed my colours to the mast and we’re not available for the idea of simply continuing with what we have and that’s the idea of a junior partnership.  It’s not where we are, and it’s not where we want to be”.

This week Price’s mast and colours both disappeared beneath the waves of Welsh politics along with any integrity Plaid Cymru might once have claimed when they signed up to their “Co-operation Agreement” with the Welsh Labour Government.

Under this arrangement Plaid will have advisors at the heart of the Welsh Government allowing them to influence policy using government resources.   With both sides claiming that this is not a “coalition”, one is left wondering which dictionary they use in the Senedd?  Mine defines a coalition as “a temporary alliance for combined action”.  Maybe someone should tell them?

Many years of trawling through political statements, policies, strategies and documents written by people at all levels of local, regional and national politics have left me with relatively low expectations.  I am more than familiar with empty words, vague promises and a complete failure to recognise – let alone deal with – the real issues.  But even I am stunned by the lack of focus and cohesion to the Labour/Plaid Co-operation Agreement.

Our devolved Welsh NHS is in crisis.  We are suffering the worst A&E waiting times on record, Welsh ambulances are on their knees (or maybe I should say axels) and there is a shortage of GPs in many areas – including Anglesey.  And yet there is nothing concrete in this agreement to address those issues.  Plaid’s covid-19 NHS recovery plans have evidently sunk along with Price’s colours.

So just what is Plaid getting out of selling their soul to Drakeford?

From what I can see, the payback from Labour appears to be that Plaid gets what it wants when it comes sacrificing significant parts of the Welsh economy on the altar of nationalism.

The Agreement makes provision for a tourism tax and proposes to treble council tax on second homes.  Basic economics will tell you that this will do little to tackle the national housing crisis.  What it will do however is devastate parts of Wales like Anglesey which – through no fault of their own - rely heavily on tourism.  The risk to sector-related jobs in such areas is huge.

This would not be such a disaster if Plaid’s focus on killing tourism was matched in any way by a vision to encourage inward investment and job opportunities.  But “business” barely gets a look in to this Agreement. There is zero provision for any alternative employment on Anglesey once the combined forces of Labour and Plaid have driven away those pesky tourists.

I guess that’s not such a big deal in Cardiff where the UK Government has pledged £105m for the Cardiff City Region Deal and agreed to establish a new trade and investment hub.  Up here on Anglesey, where Plaid can’t even agree on whether or not it supports Wylfa Newydd, the future seems somewhat less rosy.

Other barely credible proposals in the Agreement include a national construction company – presumably based, like all else, well south of the Brecon Beacons.  Good luck to our local builders when Anglesey County Council finds itself instructed to use only the national company for its contracts.

A national energy company is also proposed.  One can only hope it is more productive than Anglesey Council’s Energy Island group which – if the rumours are true - has overseen our island generating less energy now than it did when it held its first meeting.  If this is an example of the kind of initiative the Labour/Plaid alliance is considering then I recommend you stockpile the candles.

We also await with excited anticipation the other important proposals in this Agreement: Welsh Government’s toothless Broadcasting and Communications Authority; its reform of the Senedd (excellent – more MS’s – just what we all need) and let us not forget their solution to the national crisis which has obsessed the nation for years - changing school term dates.

In a country of economic prosperity and equal opportunities for all, this Agreement would form a nice little project to keep the Labour Welsh Government and its Plaid lapdog out of harm’s way for the next four years.  Unfortunately, in the face of high long-term unemployment, twelve hour waits for ambulances and our annual exodus of any young person with half a brain, it is a very poor deal for Anglesey.

The UK government has today announced that Ynys Môn has been awarded £17m from the Levelling Up Fund for its bid "Holyhead: a Culture and Heritage Driven Transformation".